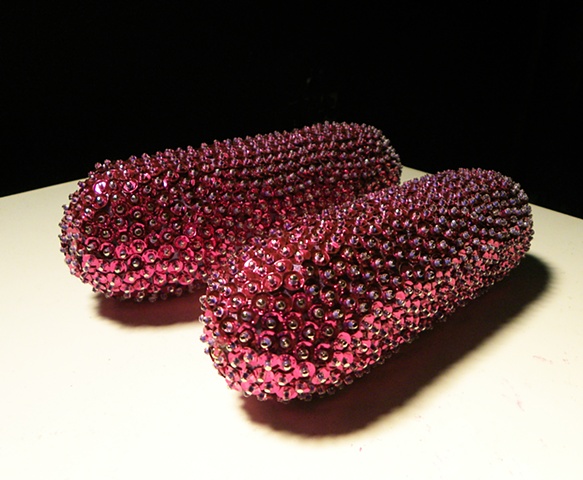 Each Anthrax sculpture will be linked end to end to form a chain, which will hang from the top tier of the chandelier in the Dancing with the Red Queen installation.